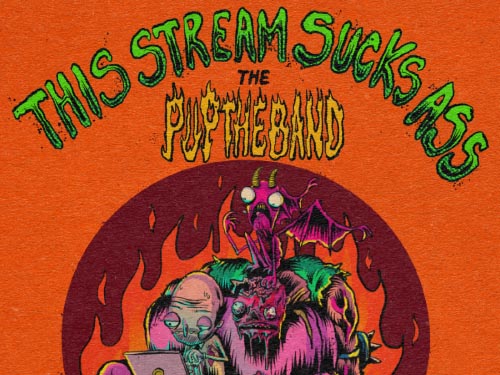 To celebrate the EP release of ‘This Place Sucks Ass’ , PUP are doing their FIRST EVER LIVESTREAM SHOW. It will be broadcast live from Sneaky Dee’s in Toronto, the little dirt-hole rock bar that PUP played 1,000 times when they were getting started.
PUP: "What can you expect from the livestream? Like most regular PUP shows, it’ll probably be a bit of a trainwreck, which is really all part of the magic. We don’t know if it’ll be any good, but we do promise it will be weird and different from any livestream you’ve ever seen. You don’t wanna miss it. It’s being directed by our pal (and 5th member of PUP) Jeremy Schaulin-Rioux, who has also directed almost all of our music videos. It will be fun and unhinged and entirely unprofessional. Am I selling it? I think I’m selling it."